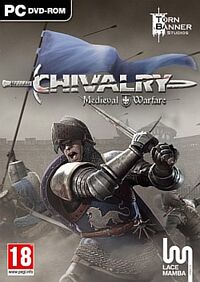 Chivalry: Medieval Warfare is a multiplayer-focused hack and slash developed by Torn Banner Studios as their first commercial title. The game is set in a fictional world resembling the Middle Ages and offers similar gameplay combat to the Half-Life 2 mod, Age of Chivalry. On September 20, 2012, a trailer was released which set the release date to October 16, 2012. The developers had confirmed that the game would be PC exclusive initially, but in October 2014, they confirmed that the game would be coming to PlayStation 3 and Xbox 360 in December 2014. A standalone expansion pack called Chivalry: Deadliest Warrior was announced on August 23, 2013 as a tie-in for the television series Deadliest Warrior. It was released on November 14, 2013.

Retrieved from "https://chivalry.wiki.gg/wiki/Chivalry:_Medieval_Warfare?oldid=3226"
Category:
Cookies help us deliver our services. By using our services, you agree to our use of cookies.